A VOXE DU CIGNO Newsletter of the S.F.Chapter of the Liguri nel Mondo

THE VOICE OF THE SWAN

Newsletter of the S. F. Chapter of the Liguri nel Mondo

Due to the Coronavirus pandemic, we have been unable to schedule any activities since the Members Luncheon in January 2020. Our regular Board Meetings have been held by Zoom video. We are hoping to be able to have in-person events as soon as they are safe to have. The Festa di Natale is scheduled for Friday, Decenber 3rd at the Basque Cultural Center. The Board is looking into having a picnic sometime in September. We are also hoping to schedule lunches and other events on an ongoing basis. Stay tuned!

CONGRATULATIONS to this year’s recipients of the Liguri nel Mondo Scholarships:

The Associazione, due to Covid 19, was unable to make live presentations this year.  Thank you to the Scholarship Committeee: Pam Segale, Joleen Jordan, Michael Dunlap, Larry Franzella and Bob Figone and to those who donated to the Scholarship Fund.  Contributions to the Fund are much appreciated and are tax deductible. We are a 501(c)(3) organization.

If you, your children or grandchildren are fond of animated movies, you may want to consider seeing Disney’s latest, entitled Luca.  The director, Enrico Casarosa, was born in Genova and moved to New York in his twenties. He is a storyboard artist and film director and was nominated for an Academy Award for a short film, La Luna.

The film, Luca, is set in Portorosso, a fictitious town that greatly resembles a town in Cinque Terre. Luca is a young man, possibly an adolescent who, with his new best friend, has numerous adventures around the beautiful towns and sea. They have a secret, which I will not divulge. If you want to know what it is, you will need to see it.  It is really great to see another Zeneize become successful in the film industry.

Some of you might remember that cute mouse that often appeared on the Ed Sullivan Show. Topo Gigio’s voice was that of his Genovese creator, Guido Stagnaro who recently passed away. Guido was born in Sestri Levante in 1925, and, together with Maria Perego, created the puppet in 1955. Topo Gigio was on many Italian TV shows, as well as in the U.S., where at 8:00 on Sunday evenings, you could often see him on Channel 5 in San Francisco. Guido Stagnaro was very busy on Italian television, beyond the Topo Gigio character, in the 1980’s.

In 2009, San Francisco’s Museo ItaloAmericano held an exhibition showcasing the Cuneo family of artists as part of a celebration of Italian immigration to California. Works by the 3 brothers, Rinaldo, Cyrus and Egisto Cuneo were presented for the first time together.

The Cuneo’s grandparents emigrated from the town of Isoletta in Val d’Aveto in 1854. They were among the first five hundred Italian families to live in San Francisco. Some of their ancestors were Badaracco and Cella, very common names from Val d’Aveto. The Cuneo portion of the family had come from the town of Coreglia in Val Fontanabuona.  The Cuneo brothers were all born in San Francisco – Rinaldo in 1877, Ciro (Cyrus) in 1879 and Egisto in 1890. Their parents were John and Anna Garibaldi Cuneo. They also had four daughters who were very active in the field of music. The family lived on Telegraph Hill.

Rinaldo, at age 20, enlisted in the Navy, after which he joined the family’s steamship ticket agency. In the evenings he studied art at the Mark Hopkins Institute of Art.  He also studied art briefly in Paris.  Upon his return to San Francisco, he concentrated on landscape painting, particularly the hills and rural countryside of Marin. His local paintings were in many exhibits at San Francisco’s major museums as well as in southern California and also abroad.

Cyrus was a fly-boxing champion at the Olympic Club in San Francisco. He used his prize money to fly to Paris, where he taught boxing to pay for his art classes. He specialized in illustration. Both he and his wife, Nell Tenison, who was the subject of many of his paintings, became professional illustrators for magazines and novels.  Cyrus lived most of his life in England and exhibited at the Royal Academy.

Egisto, the youngest brother studied art in Europe, and after the war, in Greenwich Village in New York. His work focused on nudes and illustrations. After moving out of the city, his oil paintings depicted life around his home, his wife and children and seasonal changes on his property.  During the Great Depression, Egisto and his family returned to San Francisco to his childhood home in North Beach. Due to financial hardship, he abandoned his artist’s career for one in real estate, continuing to paint mostly for his own pleasure and predominantly California landscapes. His also pursued photography, documenting local neighborhoods and street life, as well as the Italian-American fishermen at the Wharf and the World’s Fair at Treasure Island.

A short time after the event at the Museo, an exhibit of the Cuneo Brothers’ paintings was also held at the Biblioteca Civica “Lascito Cuneo” of Calvari, San Colombano Certenoli.

Several San Franciscans had recommended the exhibit to the Lascito Cuneo including two of our members, Jeanne Torre and Sally Schafer, two avid genealogists.

I don’t remember how I discovered that the Genovesi were very involved in the creation of “Little Italy” in Philadelphia. People from Liguria were already living in Philadelphia in the late seventeenth and early eighteenth centuries. This discovery led me to a book by Richard N. Juliani entitled Building Little Italy, Philadelphia’s Italians Before Mass Migration. This could be the most complete and well-researched book on Zeneize immigration into the U.S., covering the period before mass migrations in the late eighteenth century. Dr. Juliani wrote this book because he was unable to include all this information about the earliest Italians in Philadelphia in his doctoral dissertation on mass migration.

One of the people mentioned in the book was John Puglia, born in Genova to Swiss and Italian parents. Puglia, who had served in the Continental Army during the Revolutionary War, was a prolific writer of political issues. Many more Ligurians settled in Philadelphia after the War of 1812. A few of the first people to arrive, who gave Chiavari as their place of origin, were named Poggi, Mulinari [sic] and Massa. They were followed by Pittaluga, Zanone and Boggiano, who came from a village now called Prato Sopralacroce in the comune of Borzonasca. Juliani claims that this was the first chain of migration between Italy and Philadelphia.

This book is now hard to come by, but if anyone should be interested, a soft version can be purchased from the Pennsylvania State University Press.

What do the names Castagnola, Ghio, Bregante and Stagnaro have in common? They all came from Riva Trigoso (Sestri Levante) and started the fishing industry on the West Coast. They settled in San Francisco, Santa Cruz, Monterey, Santa Barbara, San Pedro and San Diego.

The Castagnola brothers from Santa Barbara started a chain of twelve seafood restaurants. They sold eleven of the twelve in 1983 to HungryTiger, Inc. “Mama” Ghio and her family started a chain of restaurants in San Diego. The restaurants were named Anthony’s after Ghio’s grandfather in Italy. Anthony’s eventually grew to four retail fish markets and seven restaurants that employed 510 people. The main one, on N. Harbor Blvd. in San Diego, closed in 2017. Although it has been many years since I have been to the Santa Cruz Pier, I can remember some restaurants and fish markets called Stagnaro, Castagnola, Riva, Manlio and Gilda, where one could hear the workers speak Zeneize. I’m not sure which ones survived. There is also a seafood restaurant called Aldo’s in the Santa Cruz Harbor started by the Olivieri family who came, like the others, from Riva Trigoso.

Richard Henry Dana, in his very popular memoir that you may have read in high school, Two Years Before the Mast, mentions encountering Genovesi sailors in San Pedro, California. He also mentions the Genovese ship in Monterey and San Diego. This would have been in 1835 when he took a sabbatical from Harvard and signed onto a boat as a simple sailor. This all happened before California was admitted to the Union and was part of Mexico. These Genovesi sailors were probably the first Zeneixi to come to California.

The headline on the online news service, Virgilio, read “Cogoleto e uno dei borghi piu belli d’Italia”. Borghi Magazine included Cogoleto, a Ligurian town in the heart of the Riviera di Ponente, on the list of the most beautiful Italian borghi (towns). This fact probably does not surprise our members who are from that area. The town has a very ancient history dating back to Roman times. It is located in the Regional Park of the Beigua. Cogoleto also claims to be the birthplace of Christopher Columbus and they say they have a house to prove it!

I have an online recommendation for those of you who like to cook, especially the foods of Liguria. The website, A Small Kitchen in Genoa (asmallkitcheningenoa.com), provides much information on food and recipes and is available in Italian or English. The material presented seems very authentic and the photos are quite appealing.  Enrica, who is responsible for the site, also provides online cooking classes in English.

MEMBERSHIP APPLICATIONS for those wishing to join the Associazione can be downloaded from our website:  www.SFLiguri.com, or by sending a request to: 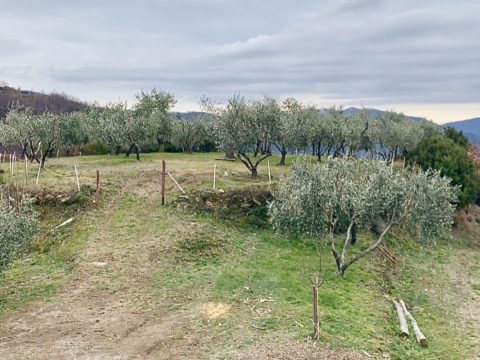 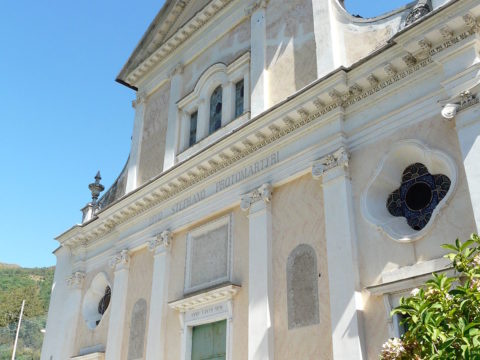 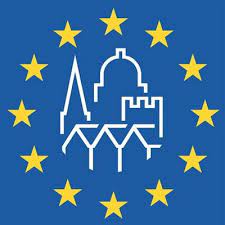 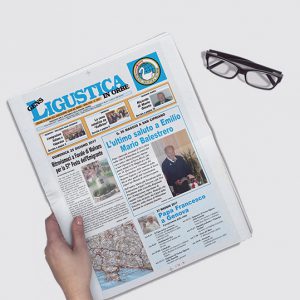